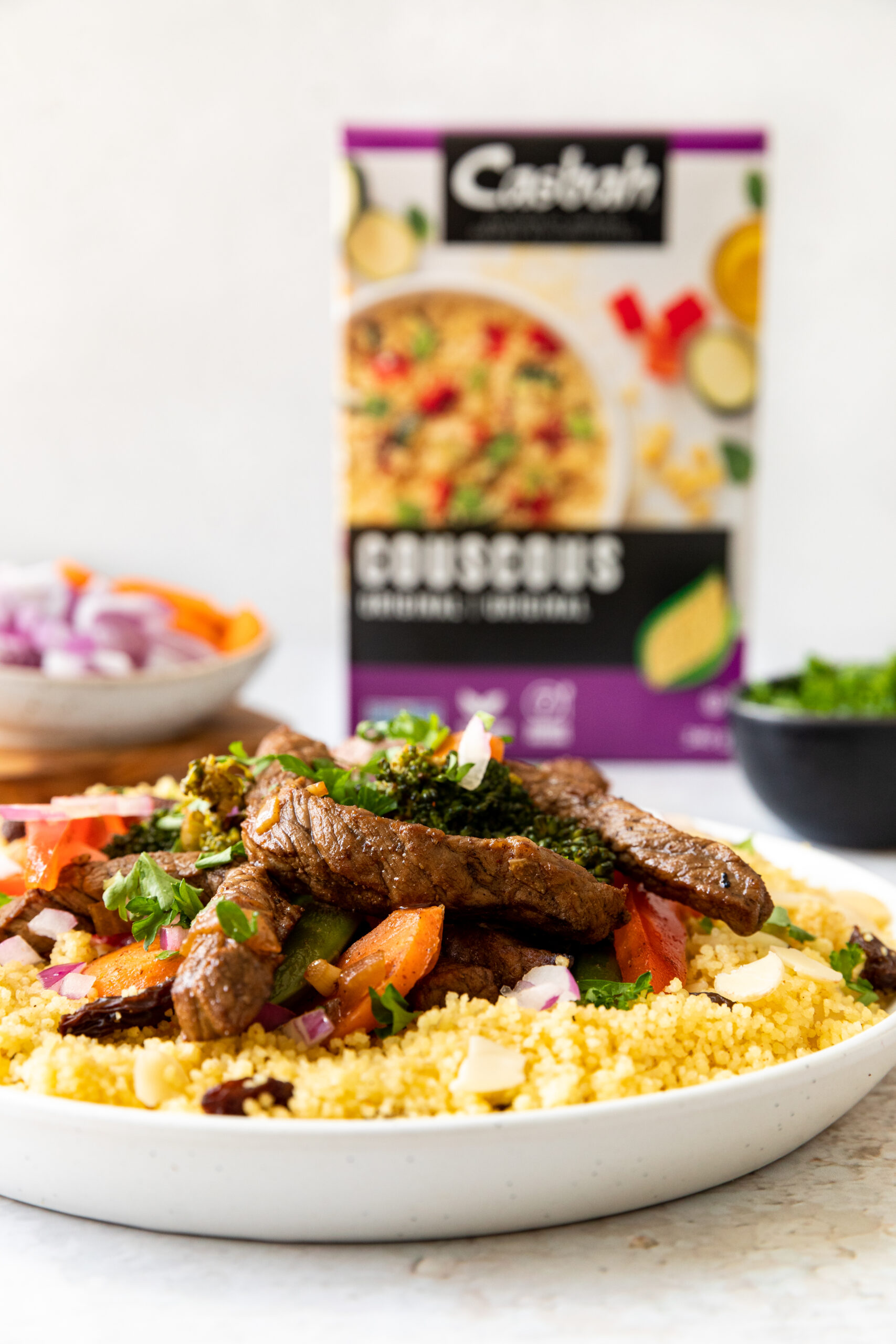 Ever wonder where the delicacy known as Couscous originated from? This versatile North African dish is thought to have originated in Algeria and Morocco sometime between the 11th and 13th century. However, couscous was not seen in France until the 16th century, and was only implemented into their diet in the 20th century.

When it was first created, couscous was made by hand by creating a dough by stirring flour with water, making small, light balls that could be steamed. There are a few couscous recipes that were found in an Arabic cookbook from the 13th century, but Andalusian authors wrote the first known recipes for couscous, and they were apparently very good at it.

In Trapani, Sicily, couscous is still made following the medieval recipe written by Ibn Razin al-Tujibi, an Andalusi author. That’s a pretty impressive couscous recipe! Try our Casbah couscous in seven different flavors today to see what the hype is all about.

Get 10% off your first order
Plus, be the first to know about new recipes, products launches, discounts and other exclusive information.

Get 10% off your first order
Plus, be the first to know about new recipes, products launches, discounts and other exclusive information.